You are here: Home / Multi-Tasker / Kids / Prejudice against Pride 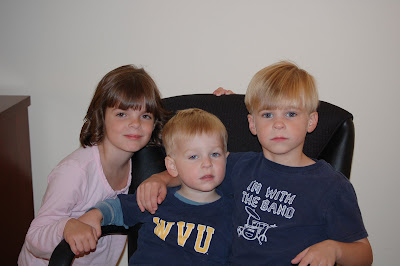 Being a mom is funny for so many reasons, but one of them in particular struck me today. I was the helper teacher at The Middle One’s School and two things happened that got me thinking. (Oh that is so dangerous.)
First, while I was in my son’s classroom I noticed that while he has the energy of a regular boy (whew!) when his teacher wants him to focus or to participate in something particular, he is not only obedient but he uses his enthusiasm to lead the rest of the class toward the proper activity. As a former teacher I used to wish for someone like T.M.O in my class. He’s delightful-and I am proud.
At day’s end I went downstairs to pick up The Baby from childcare and his teacher couldn’t say enough about how smart and kind he was. She had story after story of him “helping” the little baby that was in the classroom and about how he just chatted with her (the teacher) like they were old friends.
These boys are smart and kind and just overall good kids. My daughter is too. She has such an old soul, that virtual strangers are struck by her personality. The kids are, quite simply, pretty neat.
Here is the funny thing, as women (or maybe it was just me) we are taught to be modest. We aren’t to draw attention to our talents and certainly we aren’t to brag or show off. If we are complimented, we often (rather than say thanks) will go so far as to tell the person they are wrong.
Over time, what happens is the line between bragging and legitimate pride can get blurred.
I have struggled with this as an adult. I often worry that if I stand up and not only accept, but embrace what I do well that I will somehow seem conceited or even worse-ungrateful. I actually have to practice gracefully accepting compliments.
Also, as a mom you are painfully aware of the jokes about and the sneering over “those parents”. You know, the ones who can’t share enough about how amazing their little darlings are.
No one wants to be “those parents”.
Except, sometimes I do.
Sometimes, when someone says, “your daughter is so mature and reasonable” or “your son is so smart” I want to fight the urge to avert my eyes and wave them off. I want to fight that urge and say instead, “I know, aren’t they”?
I take no credit for my daughter’s (almost ridiculous) maturity. I take no credit for The Middle One’s wicked problem solving skills or The Baby’s sense of humour and unmistakable charm.
Yes, they have my genes. But they also have their father’s and more importantly they are separate, incredible human beings.
I have to stop fighting my natural inclination to dismiss compliments and instead embrace what other people notice about my kids. Because my kids deserve to be noticed for who they are.
I am a parent and I am proud-beyond measure-of the people my kids are turning out to be. If that makes me one of “those” than so be it.
I take no credit for them, but I should also not shackle them with my over-modesty.
Today I will hold my head higher… in honor of them.
Thanks for coming to the circus. Cheers!
P.S. Looking for more parenting guidance and tips for self-care? Check out From Chaos to Calm a guided training to help you feel better in this tough season.