You are here: Home / For Families / Marriage / Careful-she’s thinkin’ again. 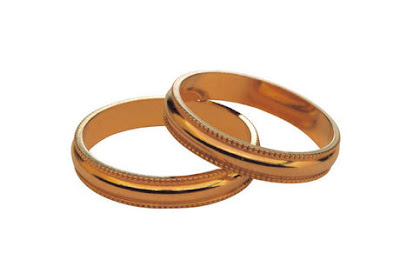 I try not to judge. First off, I am quite sure I live in a glass house. Second, when it comes to people and their lives, I am also fairly certain that I never have enough information to make an informed judgement so it’s really better if I just avoid it all together.

That doesn’t mean I don’t have opinions.
I saw a woman on The Today Show this morning talking about how marriage was obsolete. Her name is Sandra Tsing Loh and she is currently in the middle of ending her 20 year marriage after her infidelity. When this is the only information you have (thanks to a television teaser) it is hard NOT to judge. So I watched the segment in order to get her real story. When I saw her-too short-television interview, all I could do was think, whew, she is seething.
I still didn’t feel like I had enough information to have an opinion, but some of what she said was really nagging at me and I really wanted to know what else she had to say. So, off for more information I went.
The Today segment came from an article/column Tsing Loh has written for The Atlantic. While it is fascinating, it left me with more questions than I had when I started. She made some good arguments and raised a few points I found myself agreeing with. One of her ideas, that our life expectancy is so much longer than when we first started marriage all those years ago so being with one person for all those years is a fairly new concept- definitely gave me pause. But mostly, I found myself with head-cocked, mouth agape feelings of, huh?
I’ll let you go read and decide for yourselves whether you agree with her or not. Maybe it’s because I’m about to celebrate 11 years next week. Maybe it’s because, with a move and major life transition, we have never had to work so hard on our marriage as we have this past year. Maybe it is because I don’t want to think of all that work as somehow being obsolete.
Whatever the reason is, my opinion stands that this woman is angry (perhaps, justifiably so) and therefore is questioning the arrangement that seems to have failed her. Therefore, her theories- while seemingly backed by the research of others, are at best-flawed and at worst destructively selfish.
I make no argument that people need to be married to have a full life. I make no argument against the fact that sometimes people divorce for perfectly good reasons. I make no judgements about peoples’ marriages or not-marriages either way (see my glass house reference.) But I will do this-defend marriage as nothing even close to obsolete. I will shout to anyone who will listen that my marriage (because really mine is the only one I can speak about) is important, relevant, strong and effective. It may be easy some days and hard others. We may have started too young-or not young enough. We may do everything wrong-or maybe mostly right. My marriage is filled with laughter, tears, growth, support and a love that changes every day. Whatever it looks like, no matter whether I live until 44 or 104-it will never be obsolete.
Thanks for coming to the circus. Cheers!
P.S. Looking for more parenting guidance and tips for self-care? Check out From Chaos to Calm a guided training to help you feel better in this tough season.