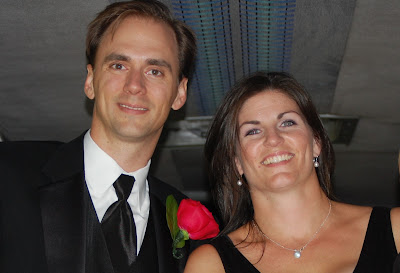 I am reading a book about Coco Chanel and Igor Stravinsky. The story is so great, there is a movie about it too. It is complicated and multi-layered, sometimes strange, but at it’s root it is a love story. Theirs is a magnetic connection that is apparent to the reader the first time she lays eyes on him and he on her.

The author, Chris Greenhalgh does an amazing job using his words to literally paint the picture of the depth of their attraction; ” They share a rare attentiveness, a depth of connection, a complementary reaching out. It lasts only a few seconds, but both are sensitive to a strange pull within them. At it’s simplest, it’s a longing to be happy, and in sympathetic tilt of their heads they each seek and answering happiness .”
See? You can almost feel yourself as one of the players can’t you? Who doesn’t love a good romance story? Even if there is a wee bit of infidelity in this one, the idea of two people having such a strong natural connection that they feel powerless to it, can make for an appealing fantasy life. I am sure I’ll catch flack for this, but I love thinking that karma or God or whatever you believe in is out there sometimes making decisions for us when we are too stupid or busy or proud to do it ourselves.

The other night my husband was ironing a shirt (I know, right?) and I leaned in to kiss him when we shocked each other so badly that you actually saw a spark. I literally have a burn mark on my lip. It was so funny I almost laughed until I peed. Now, clearly that spark had more to do with our uber dry house and wall-to-wall carpet than it did with physical chemistry, but it did get me thinking. The Husband and I indeed have a love story of our own. The more we are together and the farther entrenched in “every day” that we get, it is to remember. The image of our romance story is hard to see sometimes through the haze of iron steam and dust clouds, but it is there and in it’s day, it was quite a tale. Look out Coco and Igor-the Kings are in town.

When we were seventeen I attended His high school prom on the arm of his high school friend. Truth be told, I agreed to be set up as this perfectly nice boy’s date because I wanted to spy on my ex-boyfriend. He was a student at the all boys school too and he had a hot new little girlfriend. That night, I needed him to see that I looked super-hot and had moved on myself with a new and equally hot mate. Aaah high school.
Anywhoo-let’s leave the snark and get back to the romance.
The Husband says he noticed me the minute I stepped on the bus (Oh yeah we took a bus-classy.) and that he was struck by the fact that he, “had never seen anyone who looked like (me)”. Legend has it that he even came home and told his mom about me that night.
My story is not that dramatic. I don’t remember the first second I saw him, but I do remember when we met I thought he was quite possibly the funniest guy I had ever met and there was something about him that although I could not identify, compelled me to continue finding him all night so that I could remain in his space. We spent a good deal of time together much to the chagrin (or maybe pleasure) of our dates. I enjoyed him so much, I even forgot to spy on the ex.
Alas, we were star-crossed and did not connect again while in high school.
My memory is terrible, as I have three kids, but they way I remember the story happening next is that I saw him again a few years (and about a foot in height) later and did not think it was the same guy. None the less being I was for certain pulled to him again. I had a boyfriend at the time so I admired from afar but I was aware of him at every party and every night that summer was better when he was around. We kept meeting again and again and when the time was right (and the boyfriend was gone) I stopped fighting the pull of him and gave in to the flirting that one night culminated with a drunken goodnight kiss.
He was the drunken one-which meant he never called and I might never have talked to him again. I instantly became “that girl”. I couldn’t get over it. I bothered his friends. I tried to forget him with a few well placed summer flirtations. It didn’t work, so I bothered his friends some more. I have no idea what he was doing at the time, but he swears he was thinking of me too and was just afraid to call because he thought he’d made an irreparable fool of himself that night.
He did.
I didn’t care.
So, in a moment of -I can not possibly go on another minute with seeing him again- I (for the first time ever or since) called a boy. Determined to keep a bit of pride, I did not ask him out. Instead I charmed him into asking me. I mean a girl has to have some standards right?
The rest is history; beautiful, romantic history. I knew from our first real date that there was no one in the world better suited for me. The connection was strong. It survived two and a half years of living in different towns and remains all these years later after five moves, 9 jobs and three kids. It gets buried sometimes under the clutter of life, but that magnetic attraction is there still. I see him across a room at parties and feel a little cocky that I get to take him home. I confess, I sometimes size up other men and think, he may be (fill in the blank) cute, flithy-rich, charming-whatever, but he’s no K.
At the end of each and every day I am thankful that He is next to me in bed. Because all those years ago, the attraction I felt to him was palpable, at times inexplicable and certainly nothing I had ever felt before. I had been in love-but never like that.

We all start with a love story. I think mine is fantastic but that doesn’t mean I don’t often forget it. It is easy to lose it in the day to day clutter of life. It is easy to focus on the flaws instead of the gifts. It is easy, as we grow to wonder if we might grow out of it sometimes. It is easy to lose track of your love story. But if like me, you are lucky, then in the quiet moments you will be reminded that it is still there and it is the reason the clutter is all worth it in the end.