You are here: Home / Blog / Don’t Film a Television Show on Your Last Day in a Home 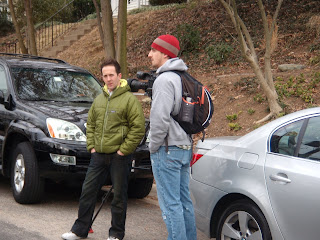 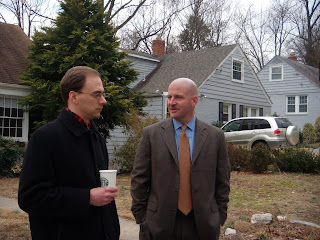 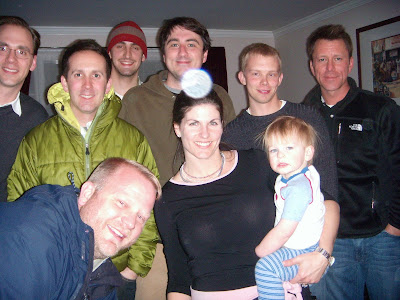 Warning:I am posting this after one of my FIL’s whiskey sours. The benefit of living in the in-laws basement is that you don’t have to drive home so you can have a whiskey sour. They are potent. These are the drinks that spawned the family favorite Cristie quote of, ” Faithy girl, we have to go home now because mama can’t feel her feet”. Yes, just one of HBK’swhiskey sours can do you in. Julia-if you’re reading I intend to have him make a pitcher, which I will have delivered to your home after baby #3.
Luckily, most of this post was written pre–WS so you’re all safe. I actually wrote this earlier in the day and was going to edit and post tomorrow. But at dinner tonight my husband, yes the man I live with and should talk to in person every day, said, “hey, you didn’t post on your blog yesterday and I missed it.” Um, you can’t just ask me how I’m doing, you have to read my blog? Hmmm… I guess he’s a little more of tech geek than I thought. Maybe I should start posting about how women are totally turned on when their men do the laundry. Think that would work? Either way, here’s the post. For better, or whiskey sour worst.
Yesterday, was our last day in our home. The movers came on Thursday, but The Husband and I, after having done this wrong so many times, decided to give ourselves an extra day to clean and patch and paint before the tennants moved in. Oh, and also we thought we’d invite a film crew out just in case we didn’t have enough on our plate.
That’s right, it was the follow-up shoot for the HGTV show and all our Edelman Production friends came to film us say goodbye to our beloved WMT.
It was actually a great distraction and they were welcome company. The opening footage was great. It was a vintage Woodmoor day with warm weather and all the kids playing in the front yards across the street. It was madness-exactly how we love it. Our neighbors even got a few cameo shots which was great fun. I’m so glad the film crew got to see what all the fuss was about. We had been talking all through filming about what a great place our neighborhood was to live and they got to witness it first hand yesterday.
It was a quick shoot. Just some follow-up questions to see what’s happened since we filmed the show and footage of us packing. The shoot ended with me turning off the lights and walking out the door hand in hand with The Husband. I burst into tears as soon as we closed the door. What can I say? The “scene” was perfect. They’re good at what they do. Seriously, it was a tough moment and I even heard one of the producers say to the camera man something to the effect of, “I hope you got what you want because you can’t make her do that again.” When I heard this, I was reminded how much we loved these guys. They went from “film crew” to really great people that we were pleased to know. Super, just more people to miss.
We had such fun the show, mostly because of the cast and crew that was involved. Our producers Keith and Brendan, the cameraman Andy, the sound guy Steve, Jay the Grip and Chris the PA were all incredible professionals and quite frankly guys I’d love to go have a beer with. Sabrina Soto and Mike Aubrey are both great at what they do and also a lot of fun. Sabrina hugged us both when she left and we both agreed that she really meant it. The Husband even wants to friend her on Facebook, which you know is a pretty big compliment from a tech geek.
Now that the filming is over I am actually petrified of the being on TV part. For some reason I was able to suspend reality and just have fun taping the show. Realizing that people get to watch me is an entirely different story. I can say with confidence though that I feel good knowing we are in the best hands thanks to our “guys” from Edelman. I just wish I didn’t have more people that I was sad to move away from.
I’ll miss you guys and I’m so glad our paths have crossed.
Anytime you’re filming in Red Bank, stop by for a beer. I promise I won’t cry.
P.S. Looking for more parenting guidance and tips for self-care? Check out From Chaos to Calm a guided training to help you feel better in this tough season.