You are here: Home / Blog / This Move Could Make You a Star 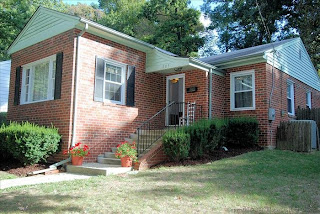 I’ve always wanted to be an actor. Not a celebrity or a star, but a solid working actor who has the job of being someone else every night for a few hours. It’s an unfulfilled dream because when I was young and fearless I didn’t know how to pursue it and when I got old enough to figure out how I had grown too scared to try. So, I’ve happily settled for befriending working actors and singing show tunes around my house for my kids who all are young enough to still think I’m Tony worthy.
Funny things happens when you push a dream aside sometimes. This week, we find ourselves in the King house dealing with the likes of “call times” and “beat sheets”. See, we’re set to begin taping a show for HGTV where our house is actually the star, but we get to dress up and play for B roll. It’s so not a big deal to the world. It’s not even a reality series or something anyone will see if they don’t stay up until 1:00am. But for a few days I get to see what it’s like to have a crew around, be given direction and hear the actual words rolling and cut from real production people. It’s exciting when the emails come in with official lingo. I think on one sheet we’re even listed under the heading “talent”. I mean c’mon who doesn’t giggle a little seeing their name under talent? So, it’s not Broadway. Heck, it’s not even acting. But for a bit I do get to pretend to be someone else-a television personality. Maybe I’ll even try to sneak in a show tune.
Cheers!
P.S. Looking for more parenting guidance and tips for self-care? Check out From Chaos to Calm a guided training to help you feel better in this tough season.

« The Beginning
5 S Your Way to Peace and Quiet »