You are here: Home / Blog / Oh Crap they’re actually going to put that on tv. 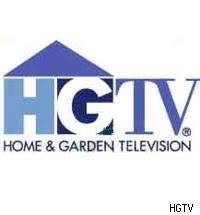 The moment of truth came today. The HGTV episode of Real Estate Intervention-King Style will air June 21st. Yes, that’s Father’s Day so probably not a lot of male viewership that night. (Because traditionally there is a lot of male viewership?) I can hear it now in houses all over the US, “You know what I really want honey? No, not golf or a baseball game. How about let’s watch some Home and Garden Television.”

Nothing says Father’s Day like HGTV.
This is where my mind has been-all day-wondering what a Father’s Day airing says about our viability as glamorous TV people. Mind you, I’ve been wondering this while fully engulfed in my life as work from home mom-so not glamorous.
Before today my mind was in the land of DENIAL. You know it’s all fun and games when the Pretty Lady comes to your house with the crew full of handsome men and plays TV for three days. Sure that part is a blast. For a minute, you can even fool yourself into thinking you are cool and not the regular suburban momma working chick that you are.
But then, there are months where you watch some HGTV shows. You listen to friends ask a million questions and explain parts of the filming. You watch reality TV specifically because of the people who look crazy (Speidi, Real Housewives etc.) and slowly you begin to think, what was I thinking letting someone air my shit on national television? (OK, basic cable-whatever.)
Oh yes, it’s a series of terrifying thoughts. Do we look like idiots? Do we look like snobs? Do we look like us? Which one of these options is the worst?
I mean, we loved the stars and crew. They seemed to like us, so we’re hoping for the best. BUT editing has been the death of many a good person-or so they claim.
Here’s the (kind of) good news. They were originally going to air the show in July. But the show is looking like one of their hot prospects and they chose our episode as the June Teaser. We’re like our own little GLEE. You know, the show brought on for one night during re-run time to keep you wanting more when it airs regular season. That makes me feel a little warm and fuzzy. But mostly, I’m sick to my stomach and not in a good way. What if we’re GLEE because we are SO CRAZY people will watch us like a train wreck. We could be the Real Housewives Atlanta of HGTV. Dear God.
As I freak out over our reputations Kevin has his PR wheels spinning. When I called to tell him that I learned we were the teaser episode, his first words were, “Father’s Day. Hmm. Now we just need to tons of people to watch and then pitch us as a regular show.”
Alright mister, haven’t you heard about John and Kate? How about the Hogans (as in Hulk, not the series with Jason Bateman)? Reality TV wrecks families. (Although, renewing my vows in Hawaii might be worth it.)
I guess I just have to let go, trust that the handsome men will work their magic in the editing room so that we don’t come off as schmucks. Also, the Pretty Lady told Kevin on Facebook that our episode made her cry. I hope it was because she was touched by our story, not mortified at how ridiculous we are.
Whatever happens, will you still love me in the morning? If not, please hate me enough that I can pitch my own show?;)
Thanks for coming to the circus. Cheers!
P.S. Looking for more parenting guidance and tips for self-care? Check out From Chaos to Calm a guided training to help you feel better in this tough season.