You are here: Home / Blog / In Unexpected Places 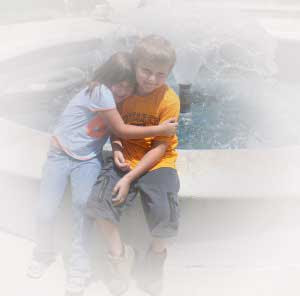 Being a mom without a mom is difficult sometimes. There are days where I wish I could pick up the phone and ask what to do, or what she did, or even just whine for a bit.
My mom was never a big advice giver. In fact, more often than not she would tell me to quit complaining and just do things rather than hash out pro-cons or have any other thought inducing conversation. She was a woman who believed in pulling yourself up by the bootstraps and getting life done as best you can. She thought her place in the world was to do good by others, and the world owed her nothing in return.
You could see with this attitude how I could find it hard to complain about things like temper tantrums and work-life balance. So I didn’t expect this particular void to be quite as large as it has turned out to be. I have plenty of good mommy friends and a sister with a kid who I turn to sometimes. But there are questions (vulnerabilities) I would never share with anyone but my mom. Even though she didn’t guide through advice, she had a way of listening that allowed me to find my own way and somehow make me feel good about whatever decision she helped me find. I got through young adulthood and early marriage with her, so it’s tough sometimes, finding my way as a mother, without my mother.
This weekend my brother stayed with us as a stop over to a golf weekend up north. It was just him, no other family. The last time I talked to my brother at length, was in 1999. Back then, every Sunday for six months, we trained to run a marathon together (more accurately-he trained me). He is a man of few words, but when you have hours of agony to share, you tend to have at least a few conversations. I remember those six months with such fondness because I really got a sense of who he is and how he has made his way in the world. My brother is quite a bit older than I, so we didn’t really grow up together. But I have watched his life from a distance and I know he has done well through it all. He has a wonderful wife (who he has managed to keep) and two amazing boys that he had helped raise into incredible men.
We had a great two days together. My kids adore him because he is silly and lets the boys be boys. Over a few (too many) glasses of wine one night, and fantastic Mexican food another, we set about solving the problems of the world at my dining room table.
You know what happened? Probably totally unbeknownst to him, my brother stepped in for my mom. He never offered any advice but he listened and shared his experiences as a parent in a way that let me know I was doing something right and I most definitely wasn’t alone in it. Before he drove off, he left me with this, “Cris, I don’t know how, but it seems to just all work out in the end.” That alone, for the first time in a while, allowed me to breathe.
I could use a more steady dose of my brother. Maybe I’ll run another marathon.
Nah… I think he should just play more golf on the Cape. Yeah, that’s a way better idea.
Thanks for coming to the circus. Cheers!
P.S. Looking for more parenting guidance and tips for self-care? Check out From Chaos to Calm a guided training to help you feel better in this tough season.