You are here: Home / For Families / Marriage / Score Keeping 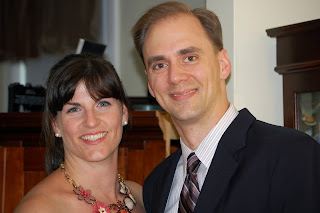 The Husband and I went to a wedding this weekend. The bride and groom were similar in age to us when we got married thirteen years ago today. (The parents were eerily close to our age now which is a terrible post for another day!)

I have a special place in my heart for brides and grooms who are in their early twenties. I get them.
Some of the people in their lives think they’re too young. Their friends think it’s cute, in a rom com sort of way. These same peers love all the parties and fancy dresses and free booze, but most of them think these two are just a little crazy. Who chooses to grow up so early? Their parents are largely shell-shocked. I mean, after all weren’t they just changing the bride’s diapers or feeding the groom a bottle? 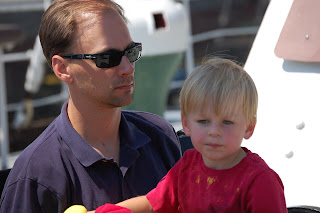 The bride and groom meanwhile are thrilled. They may be surprised themselves that their lives turned out this way this soon, but when push comes to shove, neither can imagine moving on with their lives without the other.

The odds may be stacked against a bride and groom so young, but I’m here to say it can work.

The priest at this weekend’s wedding said (complete with Irish brogue which was lovely) that love meant sacrificing yourself for another.

Here we sit thirteen years later and while we may be battered and bruised, we are still thriving and laughing and enjoying our married life. I think it’s because early on The Husband said he didn’t want to keep score and he wished I wouldn’t either.

“We’re on the same Home Team now. Whatever I do for you and whatever you do for me makes us stronger together.”  (Sometimes that kid’s not so dumb.) 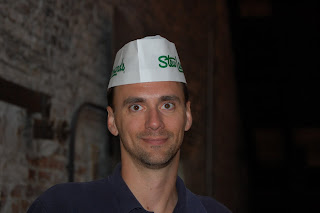 It’s hard. I think I’m a score-keeper by nature.

But I listened then and I tried and still now we work to do what’s best for us-even if it doesn’t feel good to us as individuals at the time.

Maybe because we started young and we had less years where we were looking out for only ourselves, it was easier to look out for us. It’s easier when you start early to put the team first. It’s not easy, but it’s easier.

And we start all over again.

To the bride and groom from this weekend I say cheers to you and cheers to getting married in your early twenties. It just means now you get more years with the power of Home Team behind you. 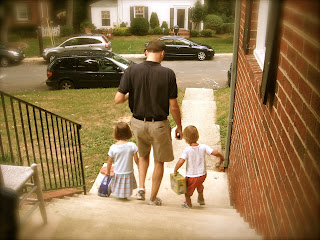