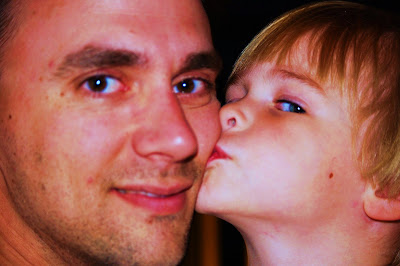 It seems only fair right? After all that going on and on about My Girls I should spend some time giving thanks for boys. My first inclination of course is to tell you about how great My boys are (all three) but I’ll save that for later.
I am afraid I can not categorize the boys in quite the same way as The Girls. Boys of all ages are appealing to me for some universal reasons.
Their smell. Is there anything better than when you get a whiff of some really great “guy smell”? It doesn’t have to be cologne-although there are some that make me weak in the knees. It just has to be that mixture of fabric softener, deodorant, soap and whatever it is that they emit that turns it all into a delightful potion. No matter how long and how happily I’m married, there is something about the smell of guy that never gets old.
Their ease. How much do I love that my husband and mos other guys I know, can be plopped into any group of husbands and have at least a mildly enjoyable time? Men are just easy. There is no worry of judgement or jockeying for control (at least in social situations) among most of them. Give them some beers, a television and either sports, political debate or stupid human tricks and they are content for as long as you want to sit in the kitchen dishing with their wives. Men may go after each other on a basketball court or competitively seethe on a golf course. The may even heatedly argue in a boardroom, but they have the innate ability to leave it all there and carry on as friends soon after. I think men have a lot to learn from women, but in this case we might try to emulate them.
Their swagger. The reason men are so easy in crowds is because on some level they all think they are the best at most things. They aren’t afraid to try. They aren’t afraid to fail. They aren’t afraid to try again after failing. How many wildly successful men can you name that have years of failure and heartbreak on their CVs? I’ll tell you-lots. The resiliency and a little cockiness is admirable and also, fun to watch.
Their Humour. Fart noises, dirty jokes, Fbombs. These are all things I try to avoid coming out of my mouth. I do my best as a grown woman to honour the sense of dignity that I think is inherently female, which means I had to clean up my sailor mouth of yore. However, that doesn’t mean I don’t appreciate the potty humour and I am so thankful they never grow out of it because it makes me laugh-even if I am not supposed to.
Their boyness. Boyness-we have a lot of it here. Boyness is physical. It involves a lot of wrestling, fist bumps, diving from sofas, climbing trees, building forts, swinging golf clubs, skipping, running, drive-by hugs. It also includes an intensity and strength that looks like temper tantrums and punching walls but also like snuggling on the couch, absentmindedly twirling your favorite girl’s hair while snuggling, kisses and bedtime chats. Boyness means that some days the emotion is right on the surface, threatening everyone around it. But other days, for the softer, gentler stuff-you might have to work a harder to dig toward it but when you get there, the reward is like none other. My boys have that-all three. No matter their age, the boyness stands the test of time.
I love men for all they bring to the table and into our lives. I love my boys for the joy as well as for the growth. Each of my boys, young or old, makes me search myself to ensure I’m doing it all right. The little ones have entrusted me with their security and their future relationship stability. I am challenged with modeling for them what they should look for in a partner, how they should treat a woman and the beautiful balance of respect and chivalry that their dad taught me was possible.
Their dad-the biggest boy of them all, has entrusted me with his heart and I have learned after years with him and with others, that is the greatest gift-a partner’s heart. I better live up to the challenge. I better grow to reach the bar they all have set for me (even if the bar is set above the toilet.) 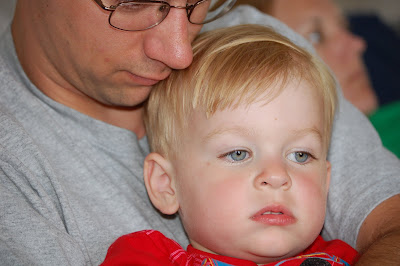