You are here: Home / Blog / I’ve Become One
If I am ever asked, I always say I am a dog person. But the truth is, since we sent this guy 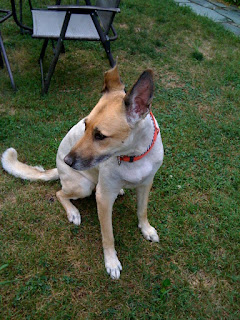 to live in a home that wouldn’t make him crazy with new babies we haven’t had a dog. While I still miss him every day, I have a new man in my life who has stolen my heart. 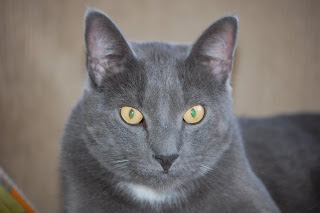 I’ve owned cats twice in my life. The first time The Husband and I were newlyweds in an apartment and it was the first time in my life I had no animals in my home. So we adopted two sister cats who provided endless entertainment for a few years. Then we got our dog and contrary to everything we read and tried to do to help them get along, they hated him. Their house had been invaded by a less than stable canine and they were understandably pissed. I had a friend who was a cat person and she took the girls off our hands and gave them a home that they were free to run. As far as I know they have survived a few military moves and have been spoiled rotten and are still thriving out West.

We adopted our second cat when we thought(erroneously it turns out) we were staying put in Maryland. We thought we were setting down family roots and in my mind you need a pet for that. I wasn’t ready to commit to a dog again (no one can replace our Jack) so I went with a cat. 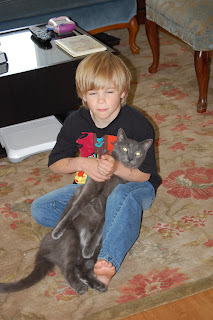 Little did I know we actually would get a dog in a cat suit. He chats with us. He snuggles with us. He greets us at our car when we pull up from school. He waits for us to leave the kitchen table then sneaks up to drink leftover milk. He’s full of personality. Truthfully, he is a little crazy but we love him anyway. 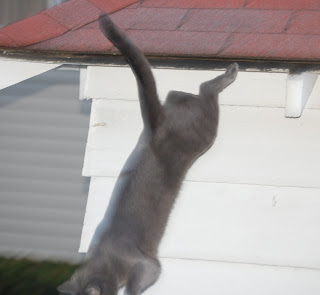 We picked him from the shelter because The Baby who was just over a year at that time, got out of his stroller grabbed the cats tail and tried to drag him into his lap. The cat didn’t flinch. I adopted him on the spot and he has been a member of our family ever since. Lately, he sleeps in The Middle One’s bed-after years of torture at Middle One’s hand. He gives people second chances. He just wants to love you, so he lets you try and try again. We have a lot to learn from this guy. 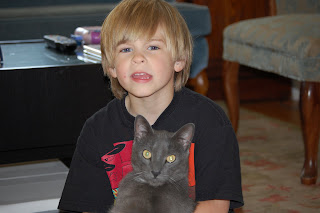 Since then he has survived two moves and once he decided he was an outdoor cat, he has survived a few street fights and a near death experience. It was my husband, the cat “hater” who ended up saving his life a year ago. 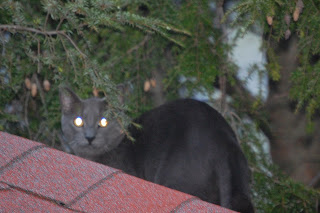 Apparently this guy is under everyone’s skin. Maybe we’re cat people after all. I know, at the very least, we’re Wendall’s people. 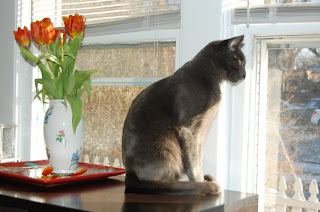