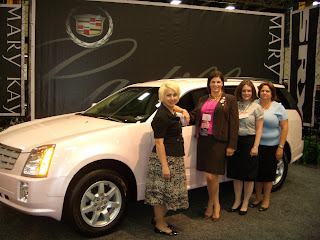 When someone asks my husband what he does for a living he has an answer right away. He’s a publicist. It’s a word most people know even if they don’t really understand what it means. More important, his title is a noun, a thing, an identity. What Kevin does is largely who he is. It’s not a bad thing. As you’ve read, Kevin is also a great dad and mostly (wink, wink) a great husband. But to other people, his work defines him.
When someone asks me what I do, I can never answer. I’m a mom. I own my own business. I’m in the Cosmetic Industry. I used to be… You get the picture. I am not sure “what I do” because I am not sure who I am anymore.
I used to know what I was-a writing teacher, then a Literacy Specialist. The second title was most appealing because people wanted to ask about it. The second title meant I had an advanced degree and I thought that gave me an identity. I stood very tall when I was a Literacy Specialist. I helped people and I knew stuff-I was a specialist after all. Never mind that I hated it and wondered what in the world I was doing most days.
Then I had kids and I started a business that does not involve any of my degrees but that I love. I am able to work my job almost seamlessly around my family so that I am never quite sure when I’m working and when I’m being a mother. Through my business I have met some incredible women with impressive jobs. I have met women who research cures for Cancer. I have met women who work on Capital Hill. I have met doctors and lawyers and students studying to be both. I have met stay at home moms who recognize that while some day they may go back to a traditional job, for now their work at home is the most important job in the world to them. I have met many women and they can all answer the question, “what do you do?” with a very impressive noun. They are sure of their identities. I never was, until today.
I spent the bulk of the day packing my family of five for an interstate move and taking care of two sick kids. For the morning and early afternoon, I was mom. Then, in the evening I drove to a work appointment with a woman who lives in DC. She is a Capital Hill Staffer. You should know her boss. They do important things where she works. I found myself in awe of this young woman not only because of her job but because of her life as a single city girl-an identity I never tried as I got married fresh out of college. As I sat marveling at this woman and all the things I thought made her more impressive than me, she said something that caught me off guard. She said, “thank you”. She thanked me for coming. She thanked me for making her comfortable enough to talk about her appearance and how she wanted to change it. She thanked me for recommending all the things she would need to “feel better about herself during the day”. She had been to other Professionals and they had not given her the same level of care or information that I provided. This amazing woman who does important things thanked me, for helping her-I was stunned.
It occurred to me driving home that it does not matter if I don’t have a simple Noun for my job. Helping people is part of my identity-whether it is as a mother or as an image consultant. I know exactly who I am. And my job, while it’s not curing cancer or making laws, is important because I help women feel better about who they are. If I know one thing for sure it’s that a woman who feels good about herself is unstoppable. I don’t know exactly how I’ll answer the question, “what do you do?” next time. Maybe I’ll say I’m a work from home mom or an image consultant or an entrepreneur. Whatever I do say, I’ll be confidant in who I am and the important work that I do.
Crisis averted. World saved.
P.S. Looking for more parenting guidance and tips for self-care? Check out From Chaos to Calm a guided training to help you feel better in this tough season.

« A Love Letter to My Hometown
Collateral Damage »