You are here: Home / Blog / I am not old…dammit 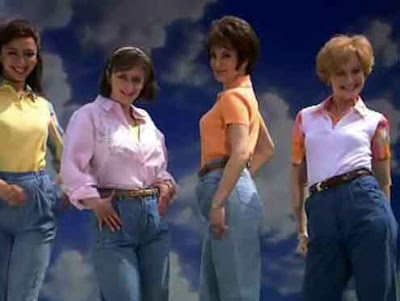 This is an explanation for yesterday. And THIS was YEARS ago. Crap, what am I like now?!? Oh, man Sally O’Malley you have never looked more familiar!
I like to think of myself as a pretty hip mom. Notice I said hip mom-not hip. Even just using the word hip alludes to my inner uncoolness. But, for a mom (which automatically lowers the bar) I think I do alright. I do pride myself on being up on the latest in music, fashion, television and pop culture in general. And up until today, my kids thought I was pretty cool.
Then my son discovered Nintendo DS and gaming systems in general. He now thinks I’m an idiot because I literally have no idea what language he is speaking when he goes into “game speak”. He is only four. Imagine when he’s eight or ten and REALLY gets into gaming (see it’s probably not even called gaming-that is how lame I am). He has officially outpaced me and I fear it’s all down hill from here.
I thought that was the end of my feeling old until we were on our way to buy treats for The Girl to bring in for the last day of kindergarten. When I suggested a few different old favorites, she said and I quote, “mom, I just feel like those are old tired(!) candies. I want to get something newer and more popular.”
Dear God. I am so old I don’t even know what CANDY is cool?!?! When did this happen? Sometime between when Rusted Root was playing the Phi Sig house and Labor and Delivery I aged 45 years. It seems unfair really. All that hard work to stay on top of the world and now I might as well just start wearing‘ the mom jeans.
You know what? I say, bring on the elastic waist band. At least when Lady Ga Ga comes on I can really bust-a-move. Maybe I’ll even make ’em “red pants ‘cuz I like to dance.” 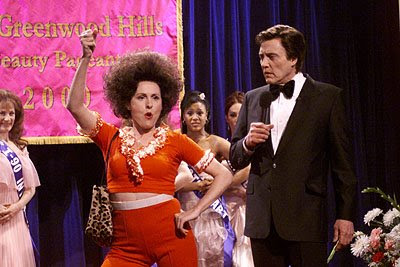 « Still In my car…
Holiday Decor…Or Not »