You are here: Home / Blog / Everything I need to know I’m taught by a two year old 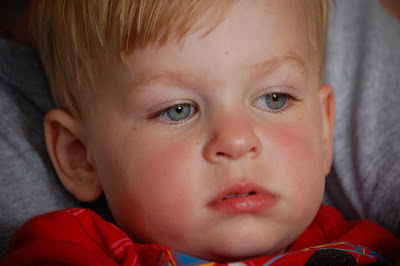 No is not a dirty word. That is what I am learning from my two year old.
I’m in sales. For a living, to make a living-I sell stuff. This stuff happens to be stuff that I have a personal investment in. Sometimes when you sell stuff, it is hard to hear No. You take No personally. Despite the personal investment, I don’t have this problem with selling my stuff. It is incredible stuff. It is heavily researched and backed by an incomparable guarantee. But, it is not the only stuff out there and not everyone needs all of it. So when people say, “it’s great but I don’t need it”-it is no big deal. I move on.
However, part of my job is also to sell my job. Now, I happen to think my job is the perfect opportunity. Oh, of course not everyone needs it. There are plenty of careers that are perfectly fulfilling and make many women happy. I know not everyone wants to do what I do. But, there are lots of women who express interest in doing what I do. We talk and usually, for them-I think this job is not only perfect, but imperative.
So, when they say no to a job offer-I take it personally, simply because I can’t understand any other reason why they would say No. I think, it must be they don’t want to work with me; or I must not have given them exactly the information they needed to hear. Surely, if I were stripped from the equation, they would see this job is perfect. For them. Right now.
This is where the two year old comes in.
Tonight, like every night he demanded dessert. He did not get dessert because he did not eat his dinner. (Not, not finish-didn’t eat at all!) He asked once. I said no. He asked again. I said no. He moved on.
Then, later while I was doing dishes he came in again and said, “is it dessert time?
I said, “no we already finished dessert pal.”
“Oh, but I want dessert.”
“I know, but you can’t have dessert because you didn’t eat dinner Bud.”
(Looks around kitchen frantically for his dinner plate which is in the garbage- as I’m already doing dishes.)
“But my dinner’s all gone. It’s dessert time. I want dessert. I want cat cookies or letter cookies or joe joes. My dinner is all gone. So I want dessert Right NOW.” (There is much flailing and yelling at this point.)
“Sorry G, no dinner-no dessert.”
(Doesn’t miss a beat.) “Oh, can I watch SpongeBob?” (Runs out of kitchen toward television.)
What have I learned from my two year old? First, No isn’t personal. No is sometimes just the answer that the situation demands even if it is totally unclear to us why. And rather than waste tpp much time trying to figure out why the answer is No, or fix pieces of yourself that you think led to the No-move on to something new.
The Toddler will undoubtedly try again tomorrow-undeterred by my constant nos. After all, he is two. He knows what he wants. He knows it is a good idea. He is not going to let No get in the way of what he is sure is his destiny. He will not let No be a reflection of who he is and what he is capable of doing.
From now on, neither will I.
Thanks for coming to the circus. Cheers!
P.S. Looking for more parenting guidance and tips for self-care? Check out From Chaos to Calm a guided training to help you feel better in this tough season.

« There are no words
Grandma Super Hero »