You are here: Home / Multi-Tasker / Kids / Did that really just happen? 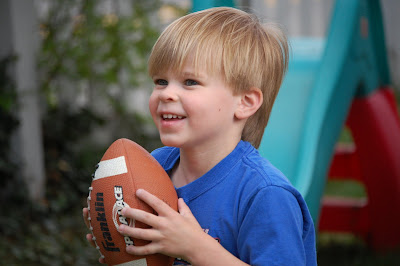 I couldn’t write yesterday because, frankly, I was too traumatized.
We had Mother’s Day Tea at preschool. I was excited about it and so was Danny. Well, despite my adorable Danny Flower present and sweet treats, the day did not go exactly as planned. I will spare you the horrid details. Long story short, Danny had a once-in-a-lifetime screaming and kicking on the floor meltdown-twice. His teachers just stared in disbelief and looked at me questioningly. My response? “I have no tools for this, I’ve never seen it before.” By IT, I meant behavior, but I could just have easily been talking about Dan because he was unrecognizable at that moment.
I have no idea what exactly happened, (it started with a trip to the nurse gone awry)but I do know he is covered head to toe in what can be described as a violent rash. The doctor’s visit (at which he was beautifully calm and cooperative) yesterday revealed it is merely “allergies”. (When did that become the catch phrase for everything that sucks with little kids? It’s like teething for babies.) He’s on steady drip of Benadryl and observation until Monday when we discuss switching to a steroid. (Yeah, like Dan needs steroids.) My fingers are crossed that the rash, and the irritability (boy is that an understatement!) are long gone by Monday.
In the meantime, I’m guessing any future playdate invites will not come from that particular class
Thanks for coming to the circus. Cheers!
P.S. Looking for more parenting guidance and tips for self-care? Check out From Chaos to Calm a guided training to help you feel better in this tough season.