You are here: Home / Blog / Battered and bruised and barely noticing any more 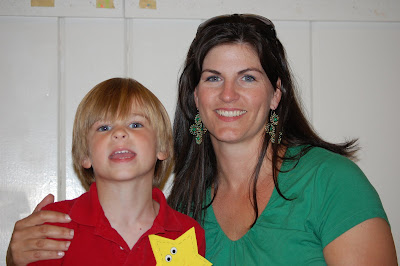 We’re walking home from the library yesterday and all of a sudden I hear a terrible thud and out of the corner of my eye I see The Middle One go flying forward, just as I hear the two people walking behind us gasp…loudly.
I turn to see him spread fully on the ground-face down and the two patchouli scented, pierced hippies er… concerned citizens trying to help him up and dust him off.
I am quite certain these civic minded hemp wearers thought I was the worst mother ever because while I did bend down and scoop up my 4 1/2 foot 5o pound “baby” into my arms, I really didn’t even bat and eyelash at the accident. As soon as they saw me take over, they muttered, “are you alright buddy” while walking away (with a surprising amount of speed for two such laid back individuals) from the crazy detached mother figure in her smelly workout clothes probably so as not to have any of my apathy wear off on them.
It is not as if I don’t care about my son’s well being. It’s just that, well, he falls ALL THE TIME. Seriously, we can not walk down the street with at least 3 tumbles between point A and point B. It happens so much that he usually just pops right back up and keeps going. His shins are so bruised you almost can’t tell his natural color under all the black and blue but he rarely even complains. It is as if he’s made of rubber-albeit the kind that bruises easily.
It’s gotten even worse since he has switched to flip flops. This is his first summer owning flip flops. He was not allowed to wear them before and even this summer I bought them specifically to go from car to beach and beach to car. But I wear them and his sister wears them and even his good buddy who “is my same age mom” wears them, so-you can guess where this is going can’t you? He insists he can walk just fine so he wears them and he moves too fast and he trips and falls-frequently. Bruises and scrapes are commonplace. I hope it doesn’t last forever because I am not sure how much longer his tiny bones can take it. I hope it is just a phase.
In the meantime, I pick him up and dust him off and continue on our way until the next face plant-all the while enduring the fish eye from concerned hippies that worry I am not concerned enough.

« What Next?
Daddy’s Are Special »