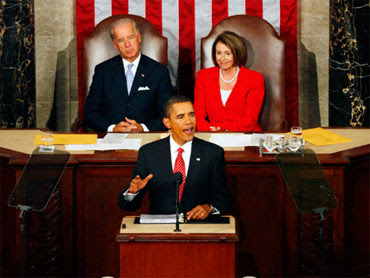 I used to get so frustrated living in Washington because every day you could read two different periodicals (remember those) and get two COMPLETELY different stories about the same thing.
The problem was they were both seemingly logical.
Then the Republican arguments got all death-panels killing seniors and I stopped worrying about who had the correct information because… well… death panels…really?
Last night I watched President Obama speak about health care reform. I listened to him, heard HIM call the President a liar and felt like-yeah, the only people who could possibly oppose such a plan are crazies who yell out that’s a lie in the middle of our most respected place. I did wonder though, if it’s only the crazy few (because I don’t believe the majority of Republicans are crazy. I don’t.) are opposed why is it so hard to get stuff done?
I like our president. I also like John McCain. I am not sure what body-snatchers got to McCain this last election and dragged him over to the crazy side but overall I like and respect him and the work he has done and I am glad he had returned from the dark.
So today when John McCain was on the morning news giving a logical response to last night’s speech (not like the pre-canned response that the Sacrificial Lamb Dr. Boustany gave last night; but a real, organized, logical response) and it had some glaring differences I again wondered-who is lying?
How can the President say that he will not sign anything that puts us in further debt and John McCain say, “well there isn’t enough spending outlined in his plan to explain how we pay for it and not go into debt.”? How can those two things both be true?
That is about the only thing McCain disputed. He said that under the new plan illegal immigrants won’t be covered, but that means that the numbers of uninsured are less than Democrats claim if you take out illegal immigrants. Fair enough.
I would like someone to explain HOW illegal immigrants won’t be covered. Will they be turned away from hospitals? Will they have babies in the streets? I get not paying for illegal immigrants, but I’m not for turning people away and I’m pretty sure doctors promise to treat the sick-somewhere along the way. If no one goes untreated-who pays for it? I would like to know that.
I appreciated the President’s speech because it was simple-here’s what has been said, here is what I want. (Uh, not death panels by the way.) As for the “details” that still need to be worked out-that could have used some explanation, but he only had an hour. And, let’s be real-I had to watch Glee.
I also appreciated John McCain this morning because he too kept it simple. He addressed every point the President made and either backed it up or disputed it with what seemed logical facts-until he got to the part about financing where he all but rolled his eyes.
I respect both these men, surprisingly for similar reasons. I think they legitimately have people’s interests in mind when they do their jobs. I think neither are above moving over to the “other side” if it means getting stuff done. They are both steadfast-even if their beliefs aren’t the most popular. That is refreshing.
I know there are a million sides to this debate, but I think this point about financing should have ONE answer.
So I wonder, who is lying? Are they both?
Thanks for coming to the circus. Cheers!
P.S. Looking for more parenting guidance and tips for self-care? Check out From Chaos to Calm a guided training to help you feel better in this tough season.

« Griffy Smurf
Thanks for the reminders Mary »