You are here: Home / For My Children / The Green Kangaroo 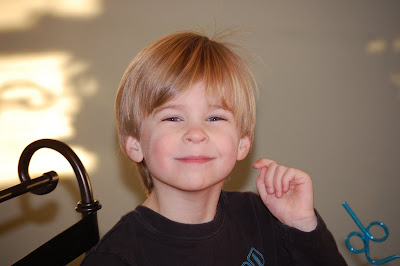 I wish I could say I was a genius mother and that is why I planned my Valentine’s Day Lunch Date with The Middle One. But alas, it was just a bribe to get him to behave at dinner Saturday night.
The Grandparents were in town and before we saw them, we took the kids to Chuck E Cheese as a way to reward them for putting up with the neglect that comes with packing and moving again. We left Germ Central and went to visit the beloved Grandparents who wanted to take us out for a dinner of…pizza. Needless to say The Middle One needed a bit of coaxing so I promised him (since they didn’t serve deli-turkey sandwiches at Squan Tavern) that I would take him to lunch the next day. Just the two of us. What I didn’t realize is what a gift it would be to me.
I often refer to T.M.O as the Green Kangaroo because of a beloved children’s book by Judy Blume about the trials of being the middle kid. This book had such an impact on me as a kid that I once swore I would never have three children. Oops.
My Middle One is such a stereotype too. He has this older sister that commands attention from any room she walks in. Then he has a baby brother whose personality is larger than life. He is right there, smacked in between. Don’t get me wrong, he can hold his own in the personality department, but I do feel like he has gotten the short end of the attention (at least the positive kind) stick more often than not.
He almost never gets time alone with either parent while the other two do. The Girl spends almost every Sunday with me at church and then often an errand or lunch together. The Baby is with me all the time so when the other two are at school, he is a one man show. But The Middle One? Well, I can’t remember the last time it was just the two of us but I bet it was prior to February 7, 2007.
Needless to say, lunch yesterday goes down in the books as one of the greatest 72 minute periods of my life. We went into town to a restaurant that is a mother’s dream. They are fast (I mean fast like-your food is out there before you even finish handing the waitress the menus back). They have bins of little (free!)tchotchke that the kids can pick from after (or in my case-before) the meal. They not only give a cup full of crayons, but also-you can forget the chintzy kids’ menus with one coloring picture and a puzzle that’s too hard. No, here the kids get an entire activity book that occupies them well into the meal and beyond. Also, the food is good and the restaurant has a Broadway theme so we sing along with the canned music the entire meal. (Probably to the chagrin of the other patrons but what can you do?)
We had a dreamy time. He got my sole attention so we could do word finds, play with his new toy top (or dreidel as he kept correcting me-it wasn’t but that’s what he knows so…) and eat as fast or as slow as we wanted. He actually ordered chocolate chip pancakes. In his words, “when I heard the word pancake come out of mom’s mouth, I forgot all about turkey sandwiches.” It was great because he had his own little syrup container that I gave him carte blanche to use as he pleased. You would have thought I handed him keys to the car. He was thrilled. He even talked, about school and his friends and his new bunk beds. It was wonderful. I wasn’t even offended when he muttered to himself, “I can’t believe I’m dating my mom.” I wanted to respond, “thank you because it’s the best date I’ve had in years.”
I love you Middle One. You’re my favorite Green Kangaroo. Someday we’ll get those turkey sandwiches on white-with a toothpick. I promise, just you and me.
Thanks for coming to the circus. Cheers!
P.S. Looking for more parenting guidance and tips for self-care? Check out From Chaos to Calm a guided training to help you feel better in this tough season.

« Damn the coffee!
True Confessions about The games »