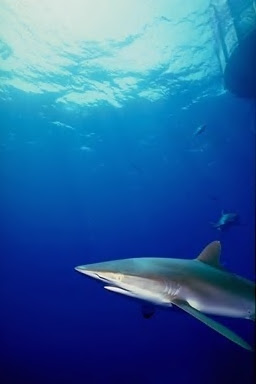 My husband called me a shark.
I was offended. I mean I’m nice. I am not someone who circles people and plans an attack. Sheesh.
Then he explained.
He says sharks have to move forward or else they will die. It seems, the way sharks’ gills face, they only way they get enough oxygen is if they swim forward. Thus, if they stay still for too long they lose air and ultimately die.
Yep. I’m a shark.
Prior to the great New Year Personality Overhaul (don’t you like how I capitalize it like it’s an actual movement?) I was most definitely not swimming forward.
Oh I was working. I was thinking. I was observing and planning. But in the end, I was standing still and it was killing me.
When we moved to this new place I got us moved in and then began the work of rebuilding. In the rebuilding I got caught up in a bit of analysis paralysis. I tried and tried to figure out where to go and in all the trying I forgot to actually move. I worked and worked and kept thinking that if I just worked and worked some more that it would all work out. It didn’t.
Thank goodness the tide of New Year caught me before I ran out of air.
I guess he’s right. I am a shark and I need to move forward to make sure I get enough air.
P.S. Looking for more parenting guidance and tips for self-care? Check out From Chaos to Calm a guided training to help you feel better in this tough season.