You are here: Home / Blog / Moving In 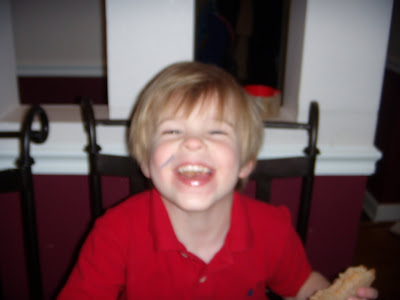 I have been so worried about my kids’ emotions about leaving, that I forgot to take into consideration their emotions about “coming.”
I have spent the last two days in battle with my middle one. I forgot how he processes stress-pushing limits and acting out. So far, I have yelled in his face out of sheer frustration (not one of my finer moments) and been on the receiving end of a fat lip from him.
I make him sound like a monster. He’s not. In fact, he is a kind soul who has such a zest for life that his enthusiasm is wildly contagious. He is a great listener. He is cooperative and he loves to help. He is in my heart deeper than I knew anyone ever could be. Which is why, when he has these split personality times, where he does not listen to anything I say and is unusually agressive, I lose my mind. I am never ready for the behavior because it often comes quickly and without warning. But I should know. I’ve done this before.
I thought maybe he’d grown out of it. He has been “fine” for the last few weeks, even though our lives have been in flux. On his last day at school his teacher said he was really excited about his move. I should have known though. He processes change this way. Anytime we have had a life change-baby brother, school starting, etc. he acts fine, except he’s not fine. He’s scared and anxious just like the rest of us. He just shows it through wacking his brother with a matchbox car or running down the street of our new town with me frantically screaming after him. He does everything he knows will push my buttons-just to make sure that no matter what else changes-I will stick around.
The problem is, I forgot this until it was too late. I screamed at him last night in the bath tub and confirmed his greatest fear-that my love is conditional. It’s not of course, but last night I’m sure he thought he’d found the magic level of behavior that would indeed make me go away. Because that is how I acted-fed up and done. I was. I wasn’t sure what to do anymore. I had spent all day trying my best mothering tactics and they weren’t working. He was being incorrigible and I lashed out. (Wonder where he gets if from.) The funny thing is, when we talked about it later and I asked him what he thought I could do to help him listen and follow rules he said, “play with me.” I forgot that too. In all my unpacking and cleaning and worrying, I forgot to play with him. Oh sure, I’d taken him on errands and walked all over town-to his new school, to the library, to the park. But I’d never just played with him-uninterrupted-to prove that indeed, no matter what else changes, I will stick around.
It is simple really. And other than this post today, I will spend all my time playing with Danny. My hope is that he doesn’t remember. I hope he can dwell on all the fun we are having and all the playing together we are doing.
Because my love is unconditional. I treasure being his mom. I just hope his love for me is too.
P.S. Looking for more parenting guidance and tips for self-care? Check out From Chaos to Calm a guided training to help you feel better in this tough season.