You are here: Home / Blog / I never used to fear the dentist… 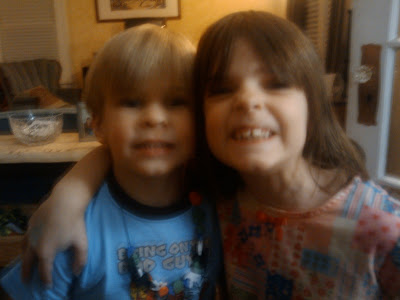 Then I took my kids for a visit. Yikes. Now I am afraid. Very afraid.
It all ended well (unless you consider one cavity and one appointment for palate extension not well), but let’s just say when I got out to the car not only was I shocked that it had only been one hour (it felt like 6) but I also felt like I had been run over by a car.
I have used the phrase, “I am drained” before, but until today I had no idea what that really meant.
I only had two kids there but between the girl asking sixty thousand questions (with the air-sucker thingy in her mouth-mind you) and the boy touching EVERYTHING in the office a la Mr. Peepers from Saturday Night Live, I had to do some serious holding together of my emotions and my hands that were itching to grab and shake some sense into each of them. Just when I thought it couldn’t get worse, the boy wanted to watch his sister get a panoramic X-ray. It didn’t take long for him to burst into (loud -wailing) tears. In his defense it does look a bit like an alien brain sucker so the fear was totally understandable.
I think the worst part was that I was foolish enough to be caught off guard. She has been before. He was so excited to go that I thought all my pre-planning and explaining and warning had been a success. I thought, we’d be in and out and rummaging through our goodie bags in now time.
Hah.
Really, when will I learn?
The good news is we all survived and I think they might even let us come back.
The kids are now excitedly playing with all the loot they got as reward for coming and I am pretty sure I just heard the boy SHARE his lost tooth treasure chest AND the Spidey Sticker with his baby brother.
Now that is a payoff that makes it worth it (eh-almost).
Thanks for coming to the circus. Cheers!
P.S. Looking for more parenting guidance and tips for self-care? Check out From Chaos to Calm a guided training to help you feel better in this tough season.