You are here: Home / Blog / I heart television 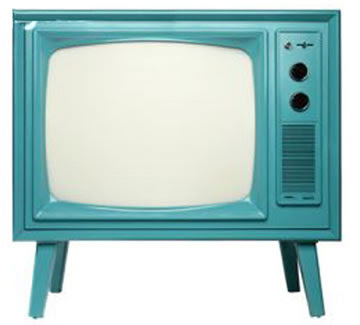 My kids watch TV-sometimes, a lot.
There, I said it.

So, until I hire a part-time babysitter, down to the television room they go.
Lately, they have gotten a little too free with their TV viewing, which in turn meant a few too many Bakugan Brawls in my living room and more 6teen style back talk than any mom should have to take. So, I have limited the channels and programs they are allowed to watch without me sitting next to them.

In an effort to share my “research” I have included a few of our favorites here in case you haven’t found them yet. The best part of each-mommy likes to watch them too, so we can call it bonding. I would apologize to my non-mom readers, but I have to say some of these shows I would enjoy watching without kids, so you never know.

Mighty B: (Nick Jr.) I am pretty sure this show is actually a Saturday Night Live skit that never aired. Bessie Higgenbottom is the main character and her life long mission is to gather up enough Bee Scout Badges (imagine Brownies with a narcissistic troup leader) to become the Super Hero-Mighty B. It is written by Amy Poehler who also does the voice of Bessie. Bessie is a riot and the supporting characters (Portia being my fave) are all so strong that we often mimic them around our house. It is so darn good I’d watch it without my kids around. If you only watch one-check out We Got the Bee or Boston Bean. This is not a “learning” show, but it is good clean (hilarious) fun for all.

Word Girl: This PBS gem is about a young girl who crashed landed on Earth from the Planet Lexicon and has to live as Becky Botsford “mild mannered fifth grader”. When Becky senses crime is afoot from a villain such as Chuck the Evil Sandwich Making Guy, she switches to her alter ego Word Girl and with a shout of “WORD UP” flies off with her sidekick Captain Huggy Face to save the world by using (among other things) her astounding vocabulary. The narrator for the show is Chris Parnell also from SNL (noticing a theme) and his dialogue with Becky and her side-kick monkey is definitely written for parents. The bonus to your laughter is that kids learn all about new words.

Charlie and Lola: (Disney Channel) An old favorite, Charlie and Lola is the British cartoon about a brother and sister who are both familiar and adorably foreign. There are great lessons about growing up and getting along. We utilize C&L a lot around here for things like going to school and wearing uniforms. We also watch it enough that my kids say money-pinger instead of cash register and Faith’s dental hygienist thought her dad might be from England because of Faith’s “accent”.

Between the Lions: A PBS oldie but goodie, this one is great for all three kids and it make me feel less guilty about not watching Sesame Street. F loves the reading. The Middle One loves the letter games and songs and The Baby is fascinated by all the different skits.

Phineas and Ferb: Two brothers cause mischief. One older sister spends her life trying to get them in trouble for said mischief. Sound familiar? It’s The Traveling Circus Circa 2016. This show is on Disney XD so Faith feels like it’s old enough for her, but it is still innocent enough for the boys. The learn nothing from this one, but it’s pretty funny for mom and dad.

Sid the Science Kid:(PBS) Sid dances, raps and learns about bugs and things that stink. What more do you need?

Each of these shows also has an interactive web page where the kids can play math and reading games, print pictures to color and more. Oh yeah-the computer-I let my kids do that too.

Shame, shame on me.

Hey, at least we don’t have Xbox or Wii….yet