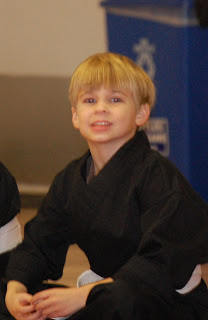 Why am I always surprised when my children do exactly what their personalities would predict they’ll do?
Duh.
First day back to school started with me having to draaaaaagggg all three kids out of bed.
I was so proud when the night before I premixed homemade waffles so I could give them a yummy breakfast on their first morning back in reality. I was even up early so that I was ready before they were. Yes, I should do this every day but admittedly I’ve rolled out of bed seconds before them lately so we’re all frantic together. Not Day One though. Day One, I was up and dressed and had waffles cooking before I even entered a bedroom for bugle call. The Girl and The Baby grouchily complied but The Middle One, not so much. 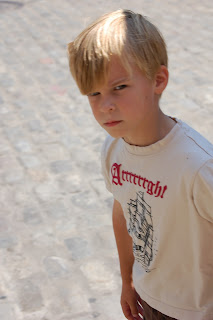 First, he just refused to move. Then, he fought and cried and refused to go to school. It was not pretty. I cajoled. I sweet talked. I joked. I sympathized. Finally, my claws came out and he got up only upon threat of his DSi being returned  to Santa. When he came downstairs, dressed but with killer bed-head (not picking that battle today) he refused to eat. Then, he must have snuck a few cheerios in because he quickly left grouchy land and entered wired-town which meant it took forever to get him into a coat and gloves and hat and snow boots (did I mention the FREAKING SNOW around here?!?!) and finally loaded into the car as he was literally running laps around my living room. 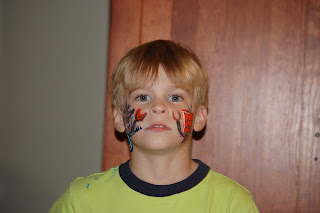 Luckily, it seemed we weren’t the only ones with trouble readjusting as we came skidding up to the school doors late, we were greeted by other sleepy-eyed students and their frazzled parents.
I thought the worst was over so I decided (because apparently I smoked crack on the mythical Day One) that I would take them all to the YMCA after school to sign them up for kid memberships with our friends.
Genius.
I’m sure you can see where this is going. Yep, The Middle One had a total come-apart over whether he should pick the lanyard or the pedometer as his new member gift.
“But I want BOOOOOOTTTTHHHH.”
I mean, what the heck is wrong with me? No matter how old a kid is and no matter how early or late school ends,  He does not outgrow the need to:
A)eat
and
B)poop
immediately after school. When I interrupt those two things, even with something seemingly fun, I should know what I’m going to get.
So there was some screeching and some tears. He got himself together without disturbing too many patrons and finally settled on a lanyard for his new Y Member card that he wields with the pride of a teenager showing off his driver’s license.
He came home and immediately took off for the bathroom. While running up the stairs he yelled, “Can I have a snack?”
Of course he did.
He ended his day dancing with me in the kitchen to Paul Simon’s Graceland

(he likes “the zydeco”), throwing his head back and laughing like this was the greatest day of his life. 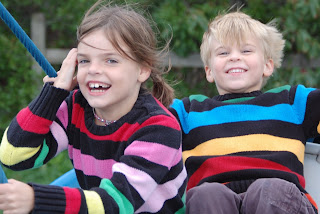 Why am I always surprised when my children do exactly what their personalities would predict they’ll do?
Duh.