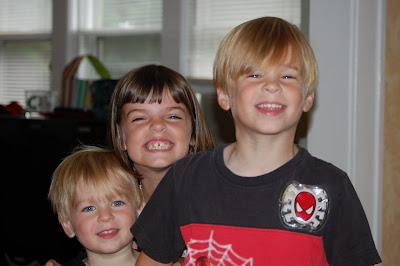 I once read a book about raising boys (I wasn’t even a parent yet, just an overexcited teacher) that said all kinds of important things, but one fact stuck with me; boys want to talk just as much as girls, they just don’t want anyone to realize it.
The suggestion the author made was to engage boys in another activity and after a time, you’ll be shocked at what they spill. Darn if this wasn’t totally true in the classroom. I could get those boys to tell me anything when I sat with them and a new set of crayons or we shot basketballs on the playground together.
Fast forward to parenting and I get to witness in my own home the difference between the kids and how they communicate. From what I have seen, personality has a lot more to do with it than gender, but the fact remains, children all want to talk to us, they just have different ways of doing it.

Case in point, I remember when mine were smaller two instances occurred near each other that provided the stark contrast between my two kids.

First, when I was in the car driving home with The Girl after her dance class when she was bout seven, we literally had a heart to heart. We talked about quitting when things got tough and how if you do that in life you may miss out on some really great experiences.
She could relay her frustrations and fears and then sit and listen while I gave her some of my own experiences. She quietly absorbed my “suggestions” that maybe she let the teacher teach the class instead of asking eight million unrelated questions for 45 straight minutes. (We may still be working on that curiosity all these years later.)
Talking to my tiny daughter was like talking to a peer-a really reasonable and emotionally mature peer. She was so tuned in during the conversation  that when she had enough she politely asked if we could change the subject.

Part two of this revelation has to do with The Big Difference.

This car conversation came after a day spent with my four year old boy wrestling and playing tickle monster without any pesky interruptions like work or school. We rolled around like pro wrestlers. I tossed him on the couch. He tackled me and steam-rolled over me until we were both breathless with laughter.

We played and laughed and screamed our hearts out like we hadn’t a care in the world. Why?

Because for two solid days he had given me attitude. He was surly and defiant.

After I hit my limit during those two days, I yelled and punished. (Knowing how to communicate, are two very different skills!) I wrung my hands in frustration.

I did some good things too. I inquired about what was bothering him. I said I noticed he seemed not himself and could I maybe help him figure out why. I tried to have quiet talks with him-to no avail.

Clearly, I knew he had some problem. His behavior was communicating that loud and clear. For him though, it wasn’t as easy as with my daughter. With him it took me a while and more than a few unsuccessful attempts before I remembered I had to just let the facts of the problem come to me. When he was ready. 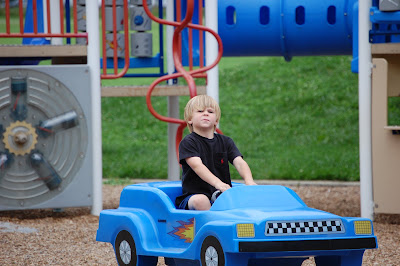 So I stopped trying to figure it out and instead shifted to play. We played,  and we had a blast. When I let go, a funny thing happened.

Mid-morning, as we laid on the floor catching our breath from our latest cage-match, The Middle One blurted out that he was worried about staying with a new babysitter. Days before, I had given him the heads up of some changes coming due to a new work schedule. He’d have a new sitter during the day because I’d be out of the house for a few hours of work.

That morning he asked if he could please go with me, or at least  have Steph-his new “favorite” sitter-come over instead.  At that moment I knew I had precious little time to say what I could to comfort him before he got uncomfortable withe conversation and moved on to the next.

So, I empathized with the newness, admitting I too was a littler nervous for all the changes. I assured him that I chose someone I really trusted and I thought that maybe he’d even have fun. I also assured him that when I got home he could weigh-in on the new sitter so I would know how it all worked out.

No sooner were the words out than he jumped on me and started giggling again. Problem solved. He was great with the sitter. He was in great spirits when I got home and he told me he really liked her and he won’t mind next time I go.

This is how it has worked with my kids almost from the beginning. The Girl is open and chatty. She is reasonable and thinks almost to a fault. The Middle One is just as reasonable and a deep, deep thinker.

But he has always needed more time to open up and he’ll likely act like a jerk for a couple days while he works out stuff in his own head first.
The kid who may start with tantrums and screaming over seemingly unrelated problems is still capable, and probably wants to share his burdens.
For my boy, his trust comes harder and his style for communicating is more multi-sensory. But when you get him in the right frame of mind, after practicing some patience, you can solve just about any problem.
My kids are all so different. It has taken years of watching and listening to learn styles so that I can help them while also maintaining my own peace.
The secret to communicating well with your kids isn’t in what you say, it is in how you watch and listen. Learn them. Accept them. Stay curious. And proceed at a pace that suits you all.
P.S. Looking for more parenting guidance and tips for self-care? Check out From Chaos to Calm a guided training to help you feel better in this tough season.

« Trusting Your Parenting Gut
Talking About Sex with Your Kids »