You are here: Home / School Days / Maybe They Are Paying Attention 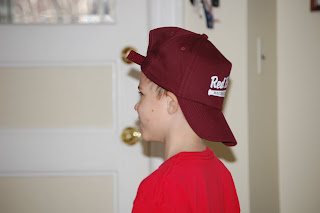 It seems in parenting, you never stop learning and your kids never stop teaching.

I head the committee at The Baby’s preschool that handles mulching the playground. That happened Saturday at the same time as The Middle One’s t-ball game so The Husband tackled mulch and I went to t-ball with the rest of the circus. It was my first game as I’m usually the one who stays home so the other two don’t get dragged to everything. I spent too many years, as the youngest kid, forced to sit in bleachers at events I could have cared less about. I swore I’d try to avoid dragging my kids to all their siblings’ events. 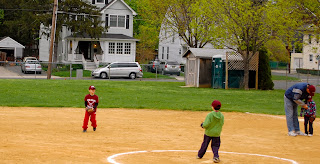 But Saturday we all went and it was tough to pay too much attention because The Girl was cold and in the car and The Baby was itching to be pushed on the playground swing so I had two eyes in three places most of the time.
What I did see was both pride inducing and also confirmed my suspicions that I should stay away from children’s sporting events lest I embarrass them for the rest of my life.
It is hard for a former ball player not to have opinions about ball.
I did my best to keep my mouth shut during the official game time but it was hard.  What I learned, by keeping quiet, is that you can’t judge that boy simply by what you see. At one point, the coach was trying to tell him something about setting up before he threw to first and the whole time coach was talking, The Middle One was tracing circles in the dirt. It was all I could do not to yell out, “pay attention to your coach boy”. 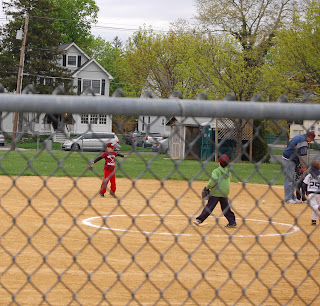 Wouldn’t you know the very next play he fielded the ball, turned, set his feet and threw to first. When he looked back at the coach for approval it was as if someone were tapping me on the shoulder whispering in my ear, “Haven’t you learned to stop underestimating this kid?”

He was listening. In his own way.

He takes his roles in life very seriously. He takes direction exceptionally well. I forgot that as I watched him trace circles in the dirt-like most six year old boys do from time to time. I forgot how good and earnest and hard working he was. I tried to guide him and he was doing just fine without me. The best part came when he demonstrated to another kid on his team how to get his body, not just his mitt, down in order to field the ball-just like his dad and I have shown him countless times before.

Even if it may not seem that way, he is listening.
To us too. 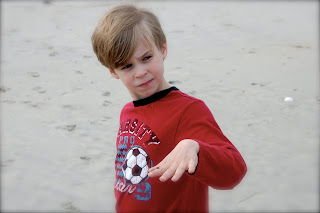