You are here: Home / Blog / Lessons of Back to School Budget 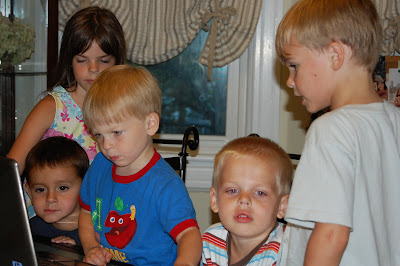 It was a rainy day at the beach yesterday so I took the kids shopping. I had to get pull-ups (yes, the kid can practically read but still poops in his pants. Please, I’m tired, don’t judge.) so we started at Kmart because that is what is close to the vacation house. I was kicking myself for not packing the back to school lists because they had massive sales on everything from crayons to locker organizers. I didn’t want to overbuy though so I refrained until I could read off the lists.

One item I did remember was lunch boxes. The two older ones are ready for lunch boxes that are big enough for real lunches, not just snacks. I must have spent 20 solid minutes comparing sizes, prices and features before I picked two that were acceptable. I actually took four up to the register to check prices before I made the final decision. I only bought two because there weren’t any pre-school appropriate boxes for the price.

We left Kmart and headed to Old Navy to buy some khaki pants and shorts for the Middle One’s uniform. We also found water bottles that would fit in their new lunch boxes and The Baby even got his very own lunch box which was more appropriately sized for pre-school snack and drink.

Back to school shopping can be daunting. But with careful planning and a hefty dose of patience, it can also be a time for great learning; your children’s and your own.

« Marriage is stranger than fiction
Sunshine- a photo promise »