You are here: Home / Blog / Every Damn Day 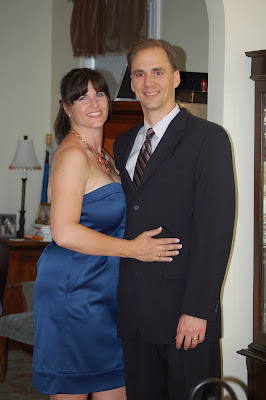 I have a Nike workout shirt that says that-Every Damn Day.
That has become my motto. I started a weight loss journey in January-and by started I mean began focusing on losing weight for the billionth time. I lost about 10 pounds from January to March then quickly put it all back on and then some.
I bought a dress for a wedding in May and thought it looked so great in the store. Then I got a glimpse of myself in pictures and was horrified. Simply put, I was fat. I’ve struggled with my weight all my life. But I’m tall and I have been amply gifted in the breast region-no matter my weight. S0, I have been able to hide behind a curvy figure and a very good understanding of how to dress for my size.
Not anymore. The dress that I thought was so flattering could no longer hide the shelf-hips and booty. It was time to get real. No amount of sensible eating was going to solve this problem. It was time to exercise. I read an article that same week that said there is research that shows when a woman gets her finances in order she often gets her weight under control too.
Hmm… Why not me? I’m much better with money than I ever thought I could be. Maybe I can be thin and fit again now too. Maybe it’s my time.
My hatred for exercise is well documented on this blog. There is nothing I like. The one time I enjoyed myself was a Zumba class at my daughter’s dance school, but it took way too much effort to find babysitting and travel to that class ever again. I am in such a place in my life now-with three little kids and a job- that if I get “free time” I want to lay down, not get all sweaty at a gym. I have no energy and determination left in me. At that point, I was left with nothing but a desire to not be fat. Is that enough negatives for ya?
Instead of over thinking and over planning just to not follow through (which has been my way) I decided to literally put one foot in front of the other. Just do something every day. Something preferably that gave me the most bang for my buck. Something that pushed me but did it quickly so it didn’t take too much time. That’s what I said. Just start and do SOMETHING-those were my standards.
So on day one I got up, got dressed in workout clothes and when all the kids were delivered to their schools, The Baby and I looked through all my tired fitness DVDs (I told you I hate the gym) and finding nothing, decided to turn on cable On Demand. There I found a plethora of free exercise programs including a few by Jillian Michaels. Ms. Michaels was fresh in my mind because she had just been in the news for her controversial statements about not having babies to preserve her body (which I didn’t totally disagree with) so I decided to give her a try.
Guess what? I liked it. Here’s why: she is a good, old fashioned athlete. Her workouts include jumping jacks and butt kicks-things I recognize from back in my life when I too was a good old fashioned athlete. She isn’t fancy. She isn’t particularly motivational. She doesn’t talk through the entire routine with sweet little messages in her cutesy southern drawl like The Firm ladies did. She is tough. She wears sweats, not cute workout pants. (She totally rocks them but still…) She can’t really do all the yoga poses any better than I can but she has a near perfect body that I want so badly to be my own I will do anything she tells me to.
The results of my daily Jillian? I hurt. I am so sore most days I can often not lift my three year old. Who, by the way has taken to telling people, “Jillian Michaels kicks mom’s butt. But it’s a good butt kick.” I am also ravenous-always. So, (ironically?) now more than ever I have to really watch what I eat in order not to undo everything I’ve done. I still have a long way to go to match the babes at our beach club. But I am starting to recognize my inner athlete sneaking out every now and then. I feel excellent because for almost four weeks I have worked out. Little, lazy, excuse making me has lost those same 10 pounds and feels fitter than ever…every damn day.

« Tiny Dancer
Getting a Style Groove Back »